May 5, 2015 | The Erie Otters Championship Series tickets went on sale this morning at 10am drawing hundreds of fans to secure a ticket to the series. The schedule was announced Monday with the series between the Erie Otters and Oshawa Generals, which starts this Friday in Oshawa. The second game will also be played in Oshawa before the Otters come home Monday, May 11 and Wednesday, May 13 for games three and four in front of a home crowd at Erie Insurance Arena. Excitement is building among fans in Erie as this would be the first time the Otters won the championship since 2002. The Otters, led by the potential first-round NHL Draft Pick Connor McDavid, defeated Sault St. Marie Greyhounds in the last round to win the Wayne Gretzky Trophy, advancing the team to this series. Show your Otters support throughout series as we hope the team brings home the championship! #gootters #onegoal #erieevents 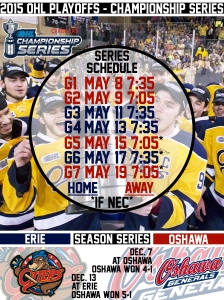 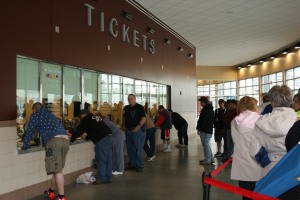 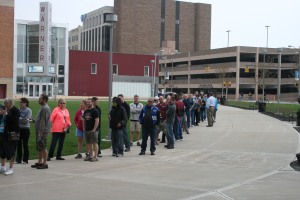 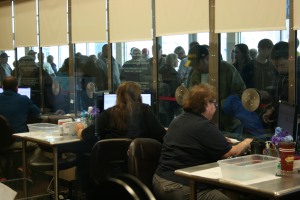 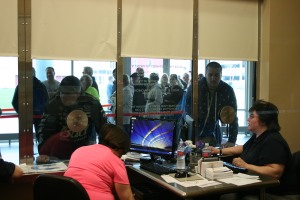